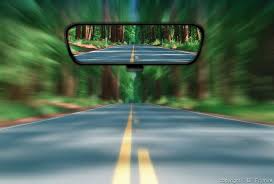 As the year winds down, it’s time to start thinking of the road ahead. What do I want to do differently to make 2020 the best year yet? What resolutions will I make Jan 1st and then abandon before the new wall calendar flips to February? (Only 25% stick more than 30 days)

It got me thinking…Not so much about what I want to change, but the changes I want to see as the new decade begins. What annoying bullshit do I wanna’ leave in 2019’s rear view mirror?

As social media apps go, Twitter has such potential to be great. Maybe it was early on, but now it works like a magnifying glass on the ugliest sides of millions of users. I’ll try to leave that negative energy behind because honestly, it’s like scrolling through quicksand. I did an entire blog post on this one last year here:  https://haynestown.com/2018/10/01/its-not-me-its-you-twitter/

No more trolls shooting digital spitballs from the safety of their moms’ basements. No more dumbasses posting offensive tweets and then getting offended when someone calls them out. And since 2020 is an election year, I can avoid an ocean of political venom swirling nonstop on my phone screen. Nothing but Happy Trees for me. 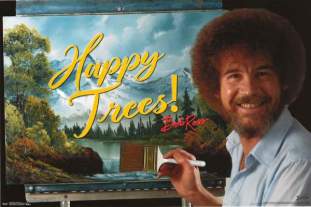 I’m always looking for a better or faster way to do something and evidently I’m not alone because there’s a Lifehack post every five minutes. Clean your oven this way. Loosen a bolt that way. Some of these people have good ideas, but the lesson is usually lost for me when they caption it with #You’reDoingItWrong. Oh really? Here’s an innovative idea, how about you #LifehackTheFuckOff? Maybe I’m too sensitive or about to get my period. Who knows?

I saw one of these guys use a dustpan to funnel water from the bathroom sink into a bucket and the comment string basically awarded him the Nobel Prize. I couldn’t help thinking, maybe drop that bitch into the tub next time and fill it from there. Most bathrooms have one and it might fit better.

Of all the shows from my younger days that I thought the #Woke people would come for…Friends? Really? I’m sure they have a litany of grievances, but the main criticisms are:

Not funny? Did you watch the opening credits with the goofy song and just turn it off? Friends may have been light on the inclusion, but it had plenty of funny. And if you can’t watch a few episodes and at least chuckle once, I’d be curious to hear what shows you DO find funny.

“But how’d they afford rent for that giant apartment? Unrealistic!” First, they covered that…It was Granny’s and it was rent controlled. Second, if everything has to jive with how the real world works, then how was Game of Thrones so successful with dragons and zombies and all that shit? Make up your mind, haters.

Which brings me to the next category to leave behind:

For every social media post about Game of Thrones, there was another person trolling the comments to announce that they’ve never watched #GameofThrones. Others often chimed in, like it’s some VIP club. Guess what folks…Nobody who enjoyed the show gives a shit if you didn’t watch it. The fact that you’re taking time to let everyone know, is equivalent to me seeing a Facebook cornbread recipe and commenting “I’m one of the proud few who has never eaten a morsel of cornbread.” See how “dipshitty” that sounds? Move along, haters. Also, cornbread is a gift from heaven.

Besides the Daenerys deniers, there are other Abstainers that I’m tired of hearing from, such as:

“I don’t even own a TV. I don’t want to waste my life in a recliner #GetOutside”. But this same person will go sit in a Starbucks and binge an entire Netflix series on his iPad. Am I missing something? What’s the damned difference?

“Parents who give their children sodas clearly don’t love them. We don’t even allow them in the house.” WTF-ever. I guarantee your kid guzzles Dr. Pepper from a garden hose when you’re not around. To be fair, I agree sodas are horrible for you. But show me a kid who’s forced to drink turnip/radish juice all the time and I’ll show you a teenager suing to become an emancipated minor.

Can’t we just live life without preaching to everyone why one way is the best way? It’s not the ONLY way. Have a little humility. Or don’t, and maybe we can weed you out with when another superiority fad comes along like:

“Air is so unnecessary and antiquated. I only breathe when I CHOOSE to.”

In Terminator 2, Arnold explains that “Skynet becomes self-aware at 2:14 AM, Eastern time, August 29th”. I’m sure if he scoured the internet, he could also pinpoint when the lowly pound sign transformed into HASHTAG: THE ALL-POWERFUL

I’ve used them a few times in this post just to show how annoying they can be. What was created as a way to link people together in conversations & with common interests, has gradually taken on a life of its own. For one, it can turn a simple disagreement between two people into a viral pile-on that can end up in deleted accounts, death threats, and harassment charges.

Second, it has become the bastard child of social media influencers. Taking a picture in front of some mountains? Awesome. Tag the place and make sure to also caption it with:

I don’t want to go back to dial-up internet or corded phones, but I’d damn sure turn back time to bring pound sign back!

Is it bad to wish these people would #GetAJob ?

To be clear, I make a distinction between those with true influence and “influencers”.

“Hi. I don’t know you. But I’m 25 and have over 44 years experience in hikebooting. I wore this shirt once (never) and you should buy one like it. Here’s a link to get a special discount! Like my boots? There’s a link for those too (I get paid per click). You should totally do it because I have 50 billion followers (bots) and you don’t.”

I don’t mean to sound like the old man yelling “Get off my lawn,” but this shit is getting out of hand. I just read where a self-styled “local food influencer” gave crappy reviews to a restaurant for not giving her free food. What? I would be out of business because my response would’ve been “Here you go ma’am, enjoy a complimentary hot bag of shit!

Jesus in Jamaica…can’t people just start a regular business anymore? You want to be a mountain guide? Get off your ass and learn to be one. Want to work in fashion or interior design? There’s a career track for that too that doesn’t involve knocking off others’ ideas or creativity!

Don’t get me wrong. I’m not against building a brand around yourself and selling it. People do it every day. Hell, I just got Christmas gift ideas from Sabrina Soto at  http://www.sabrinasoto.com/2019/12/10/gift-guide-gifts-under-100/

Well, enough about me. Anything you want to see fade away next year? Leave it in the comments! Would love to hear from you all!