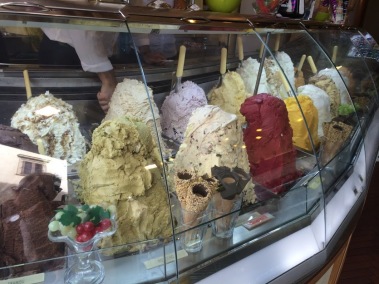 While I haven’t tried them all, I’ve tasted enough to know social media comes in lots of flavors. There’s Facebook, which, when not spying on you, is good at making you feel special. After all,  you have 1,879 friends who like your kid pics and your food pics and would probably duck behind a Target display rack vs. talk to you in real life. There’s Instagram, that splits its time equally between inspiring you to live larger and/or making you feel inadequate. But in my experience, none of them grab you around the neck and drag you down in the muck quite like Twitter.

Sure, there are the obvious things like trolls or political spam accounts, but it runs deeper than that. I’ve been on there a few years and something is just OFF about the whole app and the interactions there. I’ve gotta’ admit, I was ready to throw in the towel. Yes, I was on the ledge looking over and wondering what it would feel like to commit Twittercide (as it’s called when you delete your account).

But I stepped back. Instead of giving up, I gave the little bird one more chance and wrote a letter (in my mind).

You’re losing me. And fast. I’m not saying it’s over, but I need a break.

Why? At first you were who I thought I’d been looking for. Up to the minute news. Clever one liners that made me laugh out loud. But now that we’ve been together a while, you’re starting to show your true colors, and sister, they ain’t pretty.

How could I have been so wrong? Have I not learned by now to wait for the honeymoon phase to be over before getting serious?

It got me thinking. What is killing the vibe? What has derailed this love train so quickly?

I can think of 5 things off the top of my head. (And btw, if you don’t know anything about Twitter, some of this may not make sense. That may be a good thing).

Many of these folks tweet damn near 24/7. Sometimes it’s innocuous enough, but often it’s pretty controversial stuff. At the very least, it’s 240 characters that invite a response when posted ON A SOCIAL MEDIA APP DESIGNED FOR INTERACTION. But there, beneath their photos, are their posted “Rules”

Forget you even read my tweets

So what’s left to do? Just read and retweet your shit like you’re the digital Dalai Lama?

That’s gonna’ be a no for me dawg. Newsflash, if you were as important in real life as you think you are on Twitter, you wouldn’t spend so much time on Twitter.

Look at me. Love me. See my selfies against my pillow, in my lingerie, and from 80 degrees above my face so I look like a completely different person? Tell me I’m pretty.

And that’s just the dudes 🙄

Listen, it’s a free country and I get that it makes them feel sexy and empowered and positive body image and all that shit. But that’s not how it comes across when they post a new one every 5 minutes. Strong or empowered aren’t coming to mind. No, the word that pops in my head is NEEDY.

I need attention. I need likes. I need positive reinforcement, even if it’s from 936 strangers a minute.

This is the other side of the Attention Hound coin. For every person posting racy pics or hyper-sexual tweets, there are literally millions of people waiting to give some instant validation.

“Hi there. I’m totally harmless and 30 years older than you, but you’re quite stunning. Do you live nearby? Are you about a size 14?” 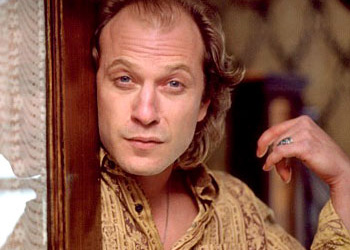 I don’t know why I read along down the rabbit hole of comments. I always feel like I need to shower afterwards. Maybe it’s the same reason people slow down to gawk at car crashes.

These people make me laugh. A lot. See, I’m what you’d call and early adopter of words that got me in trouble, so I’m in pretty familiar territory here.

I imagine they don’t curse a lot in real life, so they have to get it all out on a social media account that no one knows they have. Then they post rage-faced photos or duck-lipped selfies (don’t) and say things like:

“This pizza is good as fuck.”

“Milkshakes? Pffft. My tittays bring all the boys to the yard.”

Guys and girls, I have some bad news for you. F-bombs and other naughty words do not a rebel make. Anybody can do it. Fuckety McFuckerson. Dicky N. PussPants. Shitz Von Assburgers.

See. And I’m still the same regular guy I was 20 words ago.

And no, I don’t mean jerks. I wish that I did. But every now and then I’ll see a comment on something in my TL and realize the guy’s avi photo is his 🍆. Sometimes it’s a top-down shot. Others are in the mirror. And some make me wonder who was holding the damn camera and encouraging this shit!!

All the content police on Twitter and they can’t task one measly photo-bot to search and destroy the dick pics?

I always wonder who these weirdos are. Is it the guy in traffic next to me? What about that dude at the mall kiosk? HE looked like a perv. Or the guy handing me my sandwich at lunch? Oh no. Did he wash his hands today? Ugh!!!

They make 31 flavors of Visine, and not one of them can erase that image from my brain. Get your shit together, Twitter!

Then it dawns on me. Twitter is not the problem. It’s a just mirror pointed squarely at you, and me, and the entire human race. WE ARE THE PROBLEM! Not that I actually do any of the things I just called out. Well I curse a lot, but shit. Who doesn’t?

So I wrote Twitter another letter. This one, short and sweet.

“Baby, I’m sorry. Please forgive me! Will you take me back? Just give me a sign.”

Within seconds, a notification lights up my phone. It’s from Twitter! Holy shit, they wrote me back! I click the little mail icon, eager to to read the response and