It could be a game show there are so many now. I can practically hear the studio announcer “Come on down! You can ruin other people’s lives and your career as the next contestant on Harass That Ass!

If this doesn’t make any sense, you haven’t been paying attention to the news lately. See, there’s a metaphorical dam breaking.

On one side, there’s a picturesque river with many branches. They’re named things like:

Yep. It’s business as usual on this side. Move along. Nothing to see here.

But behind the dam, a massive lake stretches from Hollywood to a hometown near you…and it’s filled with decades of harassment, inappropriate touching, and full fledged sexual assault. Another person comes forward almost every week, and it doesn’t look to be slowing down anytime soon.

Based on the accounts I’ve heard on the news, a lot of the accused individuals had it coming. Most had numerous victims and exhibited patterns of pretty shocking behavior. And to shock ME, well let’s just say you gotta work at that shit.

It got me thinking. Of all the politicians, celebrities, news anchors, out there, who do we REALLY want to have no history of this kind of thing? Who do we hope has played by the rules, colored inside the lines, and kept his hands (and other parts) to himself?
Tom Hanks

Please Tom, walk the straight and narrow path. My kids have too many memories associated with Toy Story for me to find out that Woody asked the other toys to look for his hat, only to later discover it in his pants. I don’t want to turn on the news one morning to hear that you did weird stuff to Wilson the volleyball in Cast Away, or that Forrest Gump was a peeping Tom! 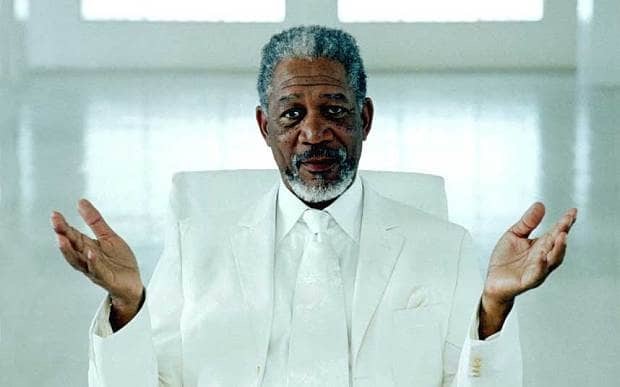 You taught me to read by watching you on The Electric Company TV show. You narrate all those documentaries that help me fall asleep. You did a fantastic job playing God in Bruce Almighty. Don’t shit all over it. Just don’t.

First. Ewwww. You’re the most asexual person I can think of in 46 years of TV watching. Also, you passed away in ’03 so I’m not sure why anyone would say anything now. But if it comes to light that Mr. McFeely was your pervy studio nickname or you made King Friday XIII put his puppet hands on Henrietta Pussycat’s puppet ass, I’ll find a way to travel back to 1975 and throat punch you.

The original one. Not sure if Dos Equis has noticed, but nobody cares about the new guy. But the first one, the Most Interesting Man in the World, needs to stay that way. Don’t let me find out you used the commercial’s prop beer to Cosby your pretend dates and made them touch your Dos Testy-CAH-Lays.

Ahhhh, Bob. Here’s another guy whose TV reruns are like Ambien for me. So, please. I’m begging you. Don’t soil your memory with a secret video series of you painting landscapes filled with siblings making out or a private collection of canvasses depicting animal husbandry methods. Stick to happy trees. Happy, happy trees. A little stream over there. A dab of yellow ochre.

Point being, it needs to stop. But, no shit, right? My saying it won’t change anything, nor will boycotting or denouncing or changing my vote. Change will have to come at the most basic levels of how we interact with as people. “Wanna’ get some coffee?” is a generally acceptable question. “Wanna’ come over and empty cans of Cheez Whiz into places we shouldn’t?” Not acceptable.

Maybe things will improve if more people adopt the rule “If you wouldn’t say/do it with your grandmother watching, maybe you shouldn’t.” But there’s probably an online group of weirdos into that shit too. 🙄

P.S. In case anyone misinterpreted this post, I’m not suggesting people keep their mouths shut so I can watch reruns of Bosom Buddies guilt free. If anyone from Obi-Wan Kenobi to Kermit the Frog do shady stuff, the victims shouldn’t be chastised for coming forward.

2 thoughts on “Who’ll Be Our Next Contestant?”