Some days it feels like I’m running on empty, and last Saturday was one of them. So instead of taking my third pre-lunch nap, I kicked back and scrolled the Twitterfeed, as one does. Something that jumped out at me right away, is Nintendo is releasing Super Mario for iPhone.

As simple as the game is, kids will probably think it’s less exciting than playing tennis alone. But adults will be downloading that shit with a quickness!

It got me thinking. What if we had some of Mario’s magic in the real world? Here are four abilities I would love to possess.

How interesting would life be if we could try stuff without fear of headlining the obituaries? Bad decisions…No worries! You’ll pop back up in five seconds, just like in video games. 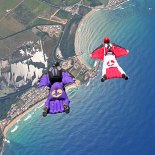 Those wingsuits sure look fun, don’t they? Can you kill a Great White with karate? Let’s find out! What would a chilled mug of cobra venom taste like? All could be revealed with Respawn.

Every morning, I get behind the wheel and wonder how many feet I’ll drive before I start cursing. Why the rage? Because  roads are filled with morons, and my car doesn’t have MarioKart destructo-powers!

Banana peels to spin out tailgaiters. Star-power super speed that also knocks slow movers out of the way. And special missiles for those assholes who see the lanes have to merge, but race all the way to the end and then cut-in. The world would be a better place.

You just whipped a big boss or unlocked a new level, and now the game spews coins like a Vegas slot machine. And it should, because you actually achieved something. But then you run around the screen smashing boxes and pulling up flowers and somehow money keeps rolling in.

This is what happens when millennials design video games. If it were only that easy in real life. I would destroy every bush in the county and be a one-man recycling show.

Have you ever noticed how much Mario actually runs? All the jumping and ducking and sprinting…his little Italian ass has gotta’ be in some kind of shape! Popeye had spinach for strength, so what’s Mario’s secret – Chef Boyardee?

Be honest. How far could you get through a parkour obstacle course? 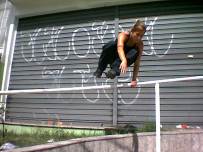 Most of us would be sucking wind by the end of the block. But if you had Mario Super Stamina you’d make the CrossFit games look like a kindergarten class.