I’ve seen a lot of movies. In fact, I’ve seen so many that it’s like I’ve seen the same movie, a lot. I get it…they go with what works, but surely the screenwriters can mix it up a little. Here are the Top 5 things Hollywood could reign in:

1. Parking Deck Car Chase.
You’ve  raced all over town. You’ve weaved in and out of traffic, down the wrong side of the freeway, through the city park, but  still can’t lose your pursuers! So you decide a parking garage is the answer?
Puttering grannies. Cars backing out. Controlled exits. Parking decks are the worst place to “lose ’em”. This dumbassery has to stop.

Similar to the parking deck, who in his right mind would choose this escape plan? I can play hide and seek with my kids in three rooms but you can’t find a broom closet over ten blocks?
Let’s break it down. The elevator’s always broken, so you’ll have to run up that shit. There’s seldom anything up there besides gravel or tar, and if there is, it’s pretty obvious that’s where you’ll be.
Save your strength and just fight it out in the lobby. Plus the cleaning crew won’t have to scrape one of you off the sidewalk.

3. Love Conquers All.
You’ve ignored her for decades, but realize she’s the one right as she’s about board a plane. Now it’s a race against time and physics for you to let her know.
So you speed to the airport breaking a dozen laws, get the cops chasing you, and catch her in the nick of time. When you kiss her, everyone claps and the cops turn and go home.
In real life you would’ve been arrested at best or gunned down at the worst. Don’t be such a moron about love, or use a phone next time – it’s quicker.

4. Outlaw, Semi-Retired.
Too often, heroes & heroines boast checkered pasts on the wrong side of the law. Door locked? Lucky he wore the jacket with burglar tools inside. Need some wheels? She’s only 19, but somewhere in middle school learned to hotwire cars.
Where does one acquire these skills? Is there an online course or boot camp? I’d like to enroll. 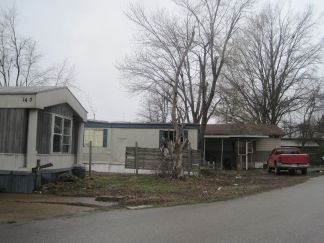 Yes, I made up a word because there’s no better way to describe the stereotyping when a movie’s set in the South.
Sure we have farms and trailer parks and plenty of fat-asses, but so does every other state. We also have cities, culture, and even a smidgen of pride. So if you don’t want us believing California’s full of coke-sniffing whores or NY is a perpetual Godfather movie, then stop with the Billy Bob shit. It’s gotten old, y’all.

Do you have movie makeovers? Feel free to share! Your ideas won’t be ridiculed, unless of course they’re stupid.