Good people of Haynestown, I didn’t think I’d ever have to do this, but the world has left me no choice. I can’t keep this buttoned up any longer, and evidently I’m not the only one since now another cable TV talking head is accused of sending lewd pics to co-workers. Will they ever learn?

Guy: I’m really digging this woman who I insert option here (went out with, work with, work out with, met on social media, met once, stood behind in Target, don’t know at all). I’d like to tell her, but I’m not sure how to convey it. Hmmm. Oh I know! Nothing says “I think you’re special” like a snapshot of my junk.

Penis owners of the world, hear my words: This is a bad idea!

Sadly, most of you already know it’s a bad idea. Yet this same scene plays out thousands of times a day, and from what I hear it’s getting worse. Damn near every woman I know has found at least one unsolicited dick pic in her inbox. They’re like the junk ads faithfully delivered to your real mailbox each week from stores you’ll never visit. Maybe that’s a better name for naughty pics…Junk Mail. Hell, I’ve even gotten them…and thanks, but no thanks Uncle Phil.

How often does this work? Has it ever worked? Has a woman, deciding what to do on a Friday night, checked her email and thought…

It got me thinking. How did we get here, America? What the hell has happened to us? These aren’t rhetorical questions.

We couldn’t be more lost if we hired Stevie Wonder to drive our tour bus.

Whatever happened to sending her flowers, buying her dinner, or writing an actual letter on actual paper? Do we need someone to shoot a video, post it on social media, and call it a LIFEHACK so we’ll think it’s cool again? We’ve only taken one generation to go from Bridges of Madison County to Dicks of Dallas. 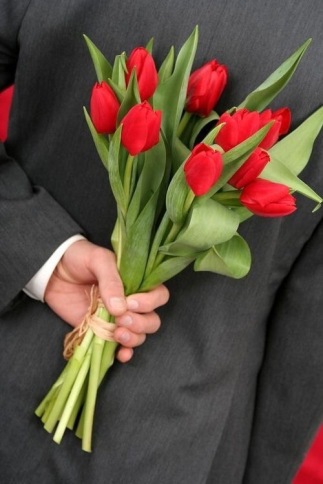 And it’s affecting people from all walks of life…Democrat or Republican, Fox or CNN, priest or prostitute. Errrbody’s sending the pics. The top rationales for doing so are usually:

“But she sent me sexy pics first.”

Good for you! First, she’s clearly set the tone, so say thank you and mean it. Second, don’t be a douche and show other people. I shouldn’t have to tell anyone that, but you’d be surprised. Third, returning the favor with pics of your own still may be a bad idea.

Though you both have the fire down below, there’s this thing called Murphy’s Law which practically guarantees her kids will see it. Or her dad. Or your mom. Or if things go south, she may show everybody and if you REALLY have shitty luck, she’ll neglect telling anyone that she did it first.

So just don’t…It’s that simple. Let the image of your manliness remain in her memory,  not her iCloud.

Good for you! And whoopty shit. Odds are, there’s a big dick on every corner. Though if it’s the biggest ever, I’m sure Guinness needs to know and Ripley’s Believe it or Not wants to put it in a vat of formaldehyde when you’re dead.

“Once she sees it, she’ll want to sleep with me.”

Good for you! Honestly, if you believe this, you’re a colossal dipshit and you deserve whatever negative consequences come your way.

Agree with me? Disagree with me? Feel free to post comments either way, just spare me and the rest of Haynestown any photographic evidence.

2 thoughts on “Are D*ck Pics the New Dozen Roses?”