It can be used as almost every part of speech.

There are shelves of medicines to help us with it.

Crowds will stand closer to a bonfire than to people actually doing it.

Think you know what I’m driving at? It’s a four-letter all star! But here’s one more clue to see if you’re right:

It’s magnetically attracted to the tread of new shoes.

I curse a lot. More than I should, to be honest. So I consider myself an expert on this secret language we all speak in our heads sometimes. Yes, you do too.

Let me put it this way: While Americans love Tom Hanks, if The Da Vinci Code needed someone to solve riddles based solely on words you can’t say in church, I’m the sum’bitch who would’ve gotten the call.

It got me thinking. The F-Bomb is certainly one of the least socially acceptable swear words to say. In the wrong setting, it’ll get an email sent to HR department quicker than a Harvey Weinstein casting call.

But does that really make it the biggest and baddest? Is it truly the Queen Mother of dirty words? 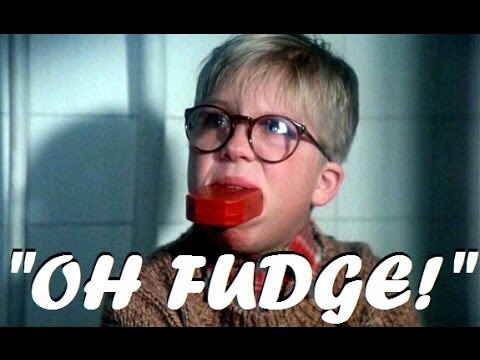 We deal with it all our lives, and depending on age or audience, probably call it different things. A 5-year old confessing, “Mommy, I gotta’ go poop” might get some chuckles in a crowded elevator. Yet, “Mommy, I need a bathroom ’cause my butt’s brewing up a mean shit,” would draw gasps, judgements, and parenting advice.

You can call it whatever you want. There are plenty of synonyms lying around, but none have the versatility or convey emotion quite the same way. For example:

You might not have heard of “the big’un.” Most haven’t, but thanks to my parents, it’s what I thought it was called until I was about five years old! Thanks Mom! 🙄

Whatever you call it, the substitutes just don’t cut the mustard. Can you imagine if in Lethal Weapon, Murtaugh (Danny Glover) said “I’m too old for this poopie.” Same mental image, less attitude. 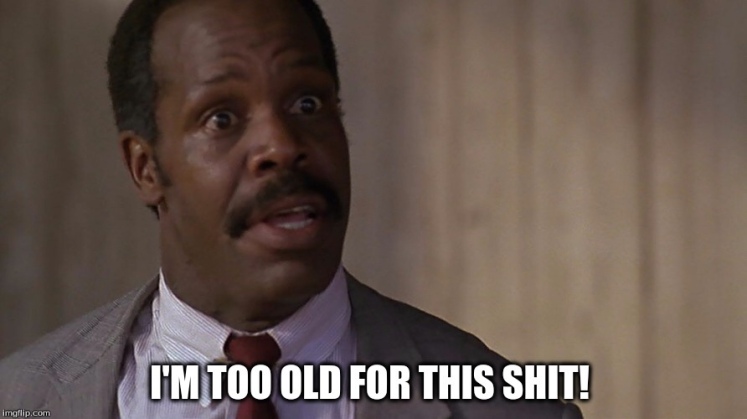 Let’s take a look at some of the many ways it’s used in every day language.

Shit (I forgot something, I’m annoyed, I hurt myself)

Shiiiiiiit (no big deal, not worried about)

Shit! Shit! Shit! (Something bad is about to happen or just happened)

All kinds of shit (stuff, things)

Give or don’t give a shit (care/don’t care)

Up shit creek (in big trouble)

__________ and shit (Whatever goes in the blank, plus other random things not worth mentioning by name)

Furthermore, when linked to animals, it can mean all kinds of different things:

Happier than a pig in 💩

Fed a line of bull 💩

Well, I’ve probably said all I can say about it. Agree or disagree if it should sweep the swear word Olympics? Chime in!

I’d love to hear your comments and shit.

6 thoughts on “Is This the True Gold Medalist of Four-Letter Words?”